I've never been patient enough to learn the JIRA plain-text syntax, depite being a frequent user throughout the years. So a while ago I wrote this little utility that lets me compose JIRA ticket in Markdown. Some thoughts were put into whether this should be an OSS and free (as in beer) app, or something I distribute via the Mac App Store. Ultimately, the first option prevailed. So, without further adiue, here's the repo for Markra with version 1.0 macOS app download in the release page. 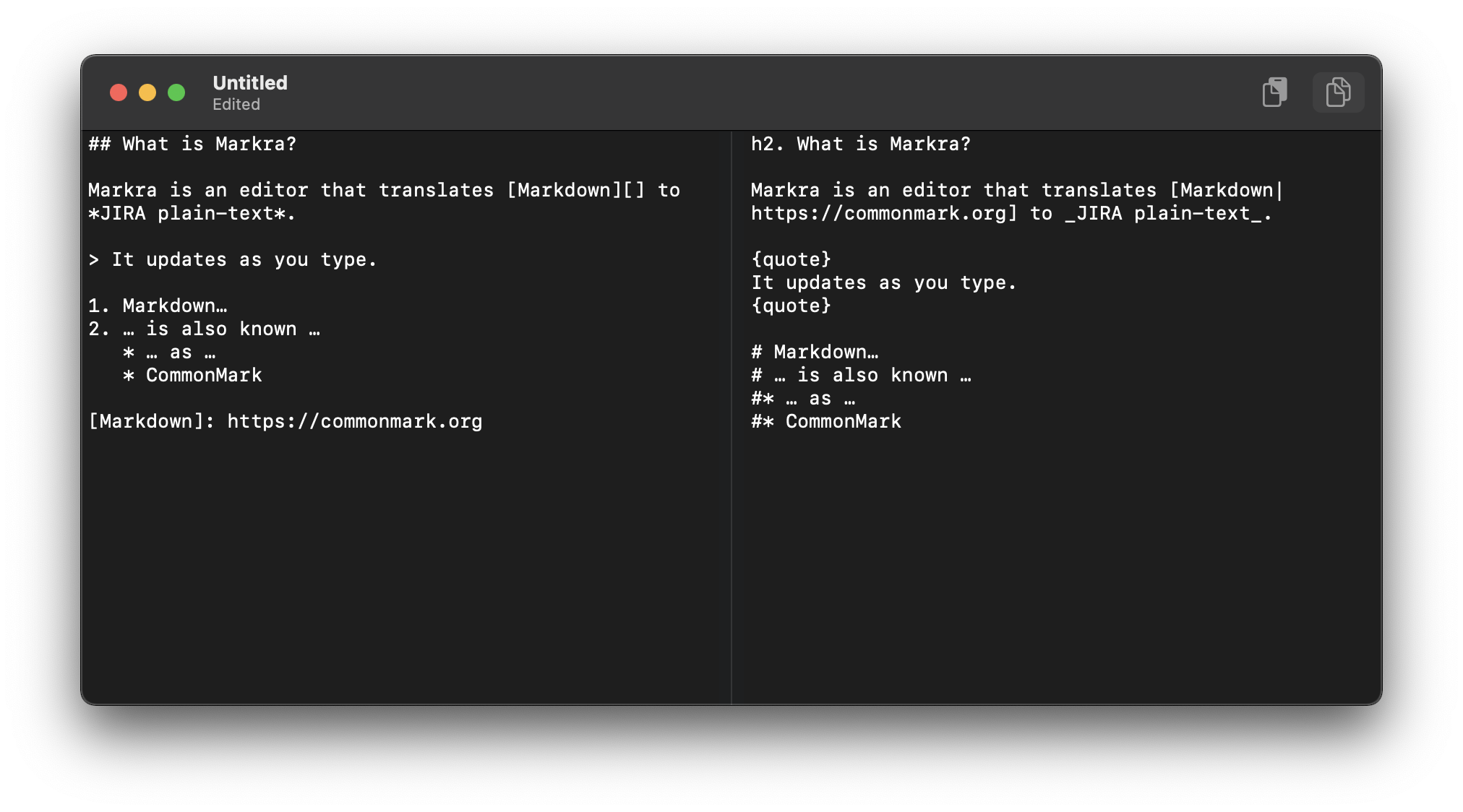 As far as I'm concerned, the app is pretty much done. And its feature set is small and self-explanatory. So I don't expect more releases other than minor bug fix in the future.

I hope some find it as useful as I do.